…the people grew impatient on the way; they spoke against God and against Moses.  Then the Lord sent venomous snakes among them; they bit the people and many Israelites died.  The people came to Moses and said, “We sinned when we spoke against the Lord and against you. Pray that the Lord will take the snakes away from us.” So Moses prayed for the people.  The Lord said to Moses, “Make a snake and put it up on a pole; anyone who is bitten can look at it and live.” So Moses made a bronze snake and put it up on a pole. Then when anyone was bitten by a snake and looked at the bronze snake, they lived.  Numbers 21:4-9

The Bible is filled with stories that deal with man’s sin. In this story the Israelites had grown impatient and started complaining about what God had provided.  God used an interesting way to reveal their sinfulness.  He sent poisonous snakes to invade their desert camp.  As people began to die, He had their complete attention.

The people came to Moses and asked him to pray for God to remove the snakes.  Moses prayed and God instructed him to make a bronze snake and put it up on a pole for all in the camp to see.  Whoever looked on the snake would be healed. The word ‘looked’ in this Hebrew usage denotes much more than a simple glancing.  It’s a verb indicative of looking with strong consideration leading to a belief.  When they considered the disparity of their situation, deliberated the options, and decided to “look,” they believed God would heal, and He did. 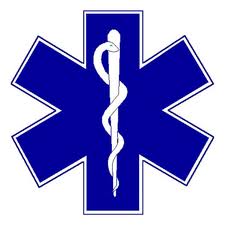 The message concealed in the Old Testament is revealed in the New Testament.  Nearly 1500 years after Moses, Jesus cited the account of the snake on the pole and used it as a symbol of Himself.  As Moses lifted up the serpent in the wilderness, so must the Son of Man be lifted up, that whoever believes in Him may have eternal life John 3:15.  What follows is the most famous verse in the Bible, “For God so loved the world, that He gave his only Son, that whoever believes in Him should not perish but have eternal life” John 3:16
The lesson He taught is still transferable to us today.  We see that Jesus is the completion of that strange story back in the Old Testament.  The pole represented the cross, and the snake on the pole represented Christ. When Jesus was crucified on the cross, He was lifted up for all to see.  He literally paid for our sin with His own flesh and blood in order to heal us.

We all have the venom of sin running through our veins.  We have all been bitten by our selfishness, greed, discontentment, and sin.  All who look to Jesus and are brought to the belief that His work on the cross forgives sin, are by faith forgiven and healed from the sickness of sin deep within.  If you have ever wondered where the symbol of healing came from, now you know.

Are you suffering from a snake bite and have not found the remedy? Let the display of the cross remind you that Jesus provided all that is needed.