We are heading toward Thanksgiving and there is much in which to be thankful.

First of all I want to say thank you to each person that financially and prayerfully supports Code 7. You are key players that help bring a positive, spiritual, and tangible impact on the lives of our police officers. Thank you for your support!

Code 7 sent out a survey to the police departments we serve to see how we are doing. The survey responses were anonymous, so the officers were able to speak freely. The response was great! Many comments were related to the support and care the officers receive and the water being provided. Next month I will give you the year-end totals to the services we provided and the number of water bottles given away in 2014. You are guaranteed to be shocked! 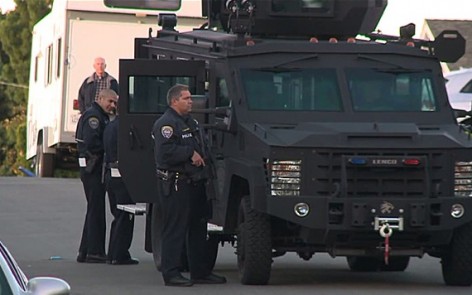 I didn’t make the news but I caused some trouble a few weeks back. The SWAT Team was called out to help resolve the situation. You see, I was with a couple of crazy friends and we robbed the Cheesecake Factory in the Otay Ranch Shopping Mall at gunpoint. We took hostages and hid ourselves in an empty storefront at the mall. One of the hostages ended up being my own daughter, Kallie. We were in the abandoned store from about 3-6:30AM. It ended peacefully with the Crisis Negotiation Team finding a resolution that led to our surrender. What a night to remember! I love volunteering for training even if it is in the middle of the night. Kallie now has a story to tell and conversation starter for all future job interviews–hostage after an armed robbery.

Did you know 50% of those starting a career in law enforcement do not continue to retirement? Many great people start out with the goal of making a difference and helping others in their time of need. Along that path, officers deal with many stresses and suffer injuries as a result of their work. Some spend the rest of their lives with physical pain resulting from a job well done. Law enforcement officers make a positive difference, but their investment often results in an early end to their careers. 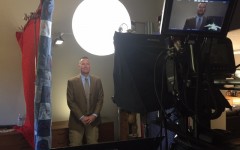 One such officer with a shortened career started a business developing a phone app for police reports. He asked me to be the face and voice on his app. Once I realized that I would only be about an inch and a half tall on a hand-held screen, it was not such a big deal. It was a very fun and educational experience. I was glad to help a friend as he transitions into his new career.

Wedding bells have been ringing. I performed two police weddings in the past few weeks. Just before the most recent wedding, the groom asked me to hand cuff him and his wife as they were being introduced. How fun was THAT! Since they both are cops, the audience erupted with laughter and applause. I had a few compliments about how fast I put the cuffs on and some solicitations for joining the force. I was quick to remind everyone that I am the guy who hangs around to help keep everybody sane so we probably shouldn’t mess that up.

In order for us to finish well in 2014 and set our 2015 plans into motion, we need your support. If you would like to be a part of influencing our law enforcement with a chaplains’ presence, gifts, strengthening and encouraging their family relationships, and demonstrating the love of God, please consider making a donation to Code 7 before 2014 ends. Your gifts are tax deductible.

Please pray for our friends in law enforcement and their families. They need our support and encouragement.